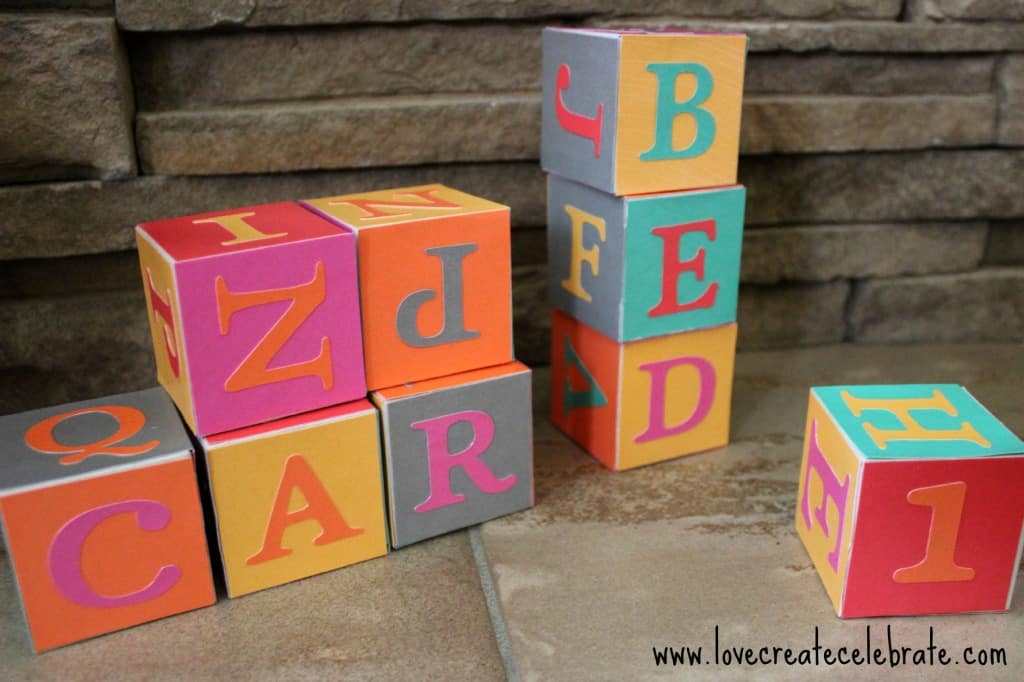 I’ve had these blocks from CTMH for over a year now… just sitting on my shelf, waiting to be used. Then I came across the Take Heart Ideas challenge, and I was finally inspired to create something for my baby girl :)

So I decided to make her some alphabet blocks! Prepare her for school by working on letters, spelling, and reading :)

Here are the blocks I started out with (now discontinued):
[note: you could easily substitute some wooden blocks that you make or buy at the local craft store] 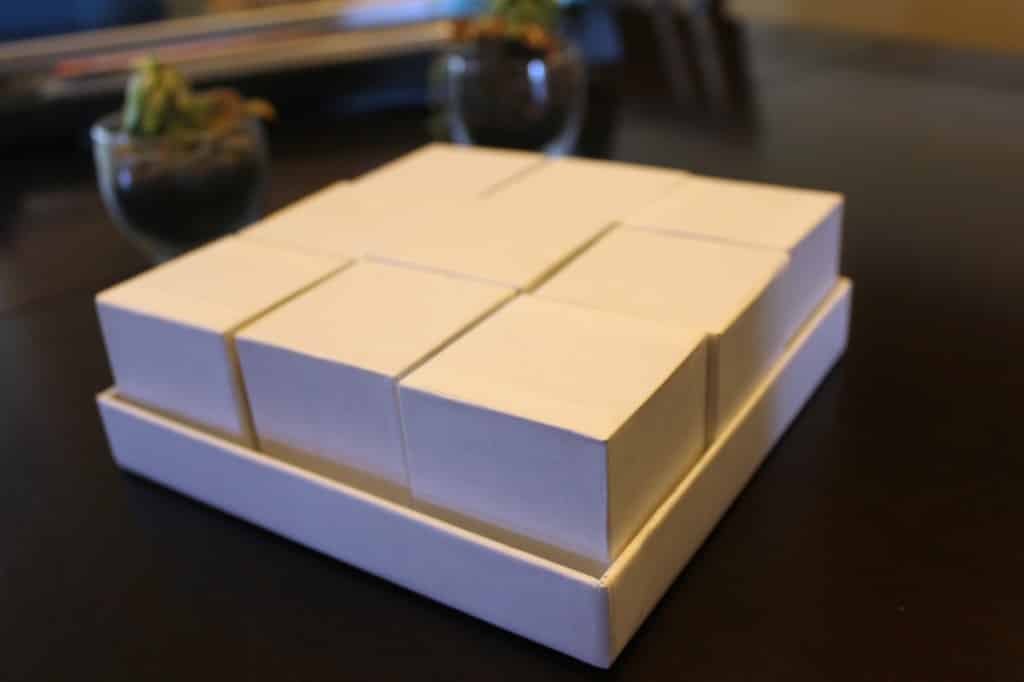 Materials:
(all CTMH unless otherwise stated)

The first step was to cut out a bunch 2″x2″ squares of background paper (or whatever size your blocks are). I originally cut out patterned paper as well, but then scraped it in favour of adding more letters and increasing the spelling potential!
Then I used my cricut to cut out a whole ton of letters that were max 1 1/2″ x 1 1/2″ so that they would fit within the blocks as well.

Then I spent some time planning out which letters went on which blocks, I wanted to make sure that I had every number of the alphabet at least once, plus the numbers 1 through 9. Then, I wanted to make sure I could spell certain words, such as my daughters name (Eleanor) and nickname (Ellie), and the dogs’ names, and mom & dad, etc. etc.

Once I had it all planned out I glued the background pieces on with mod podge (thin layer below and on top), and then glued the letters/numbers on top. 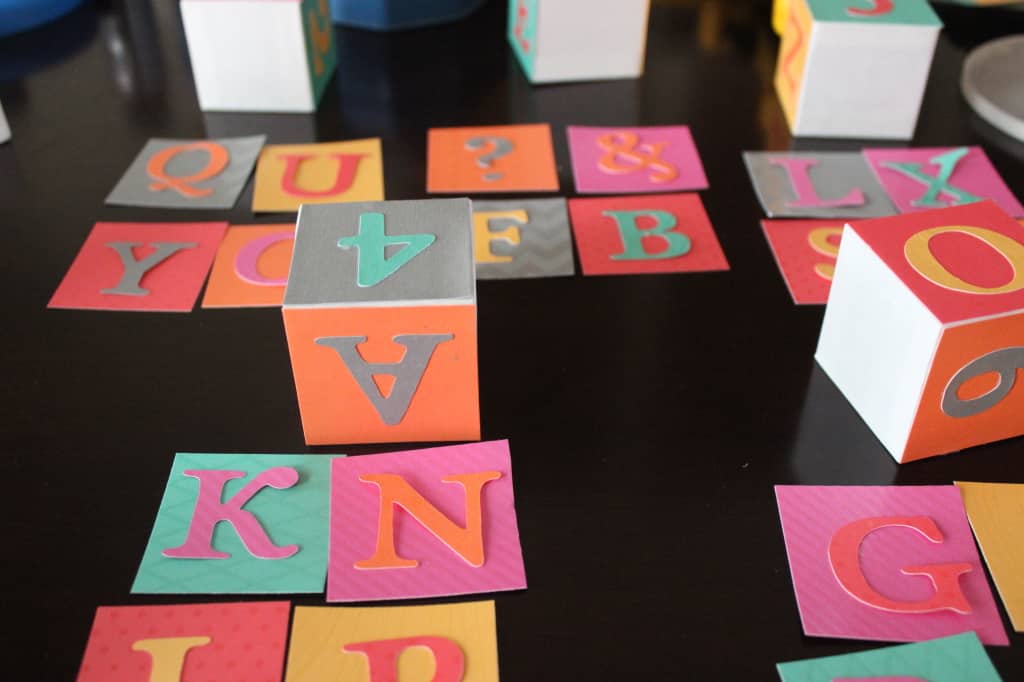 Finally, I sprayed the blocks with Mod Podge Sealer – just to make extra sure that the letters won’t peal off of the blocks. 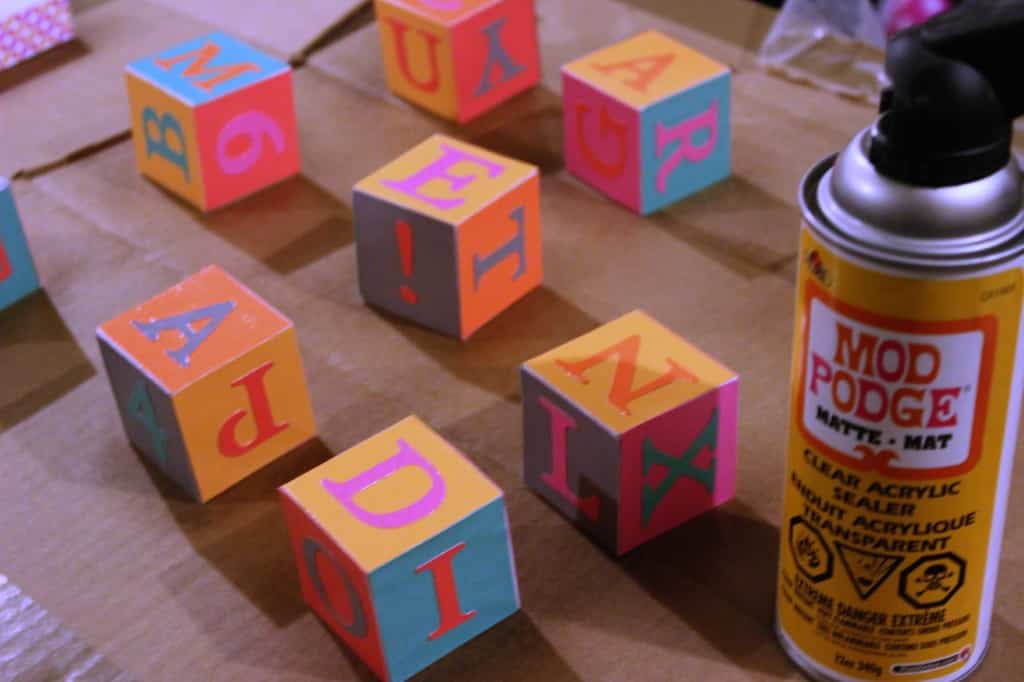 Here are a few pictures of some words. I’m really pleased with how they turned out! 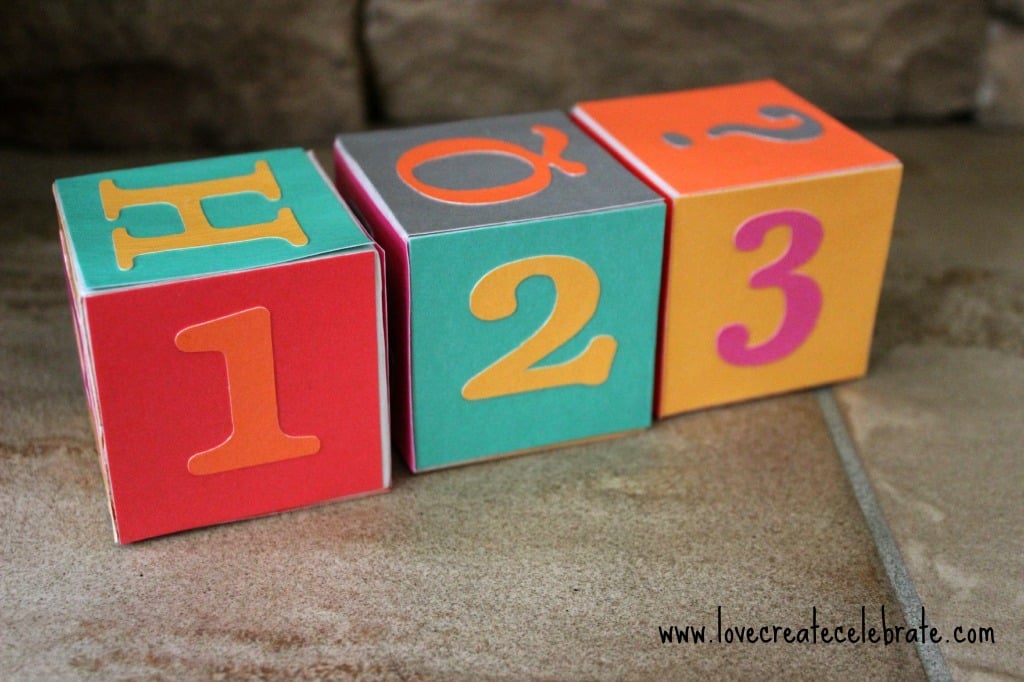 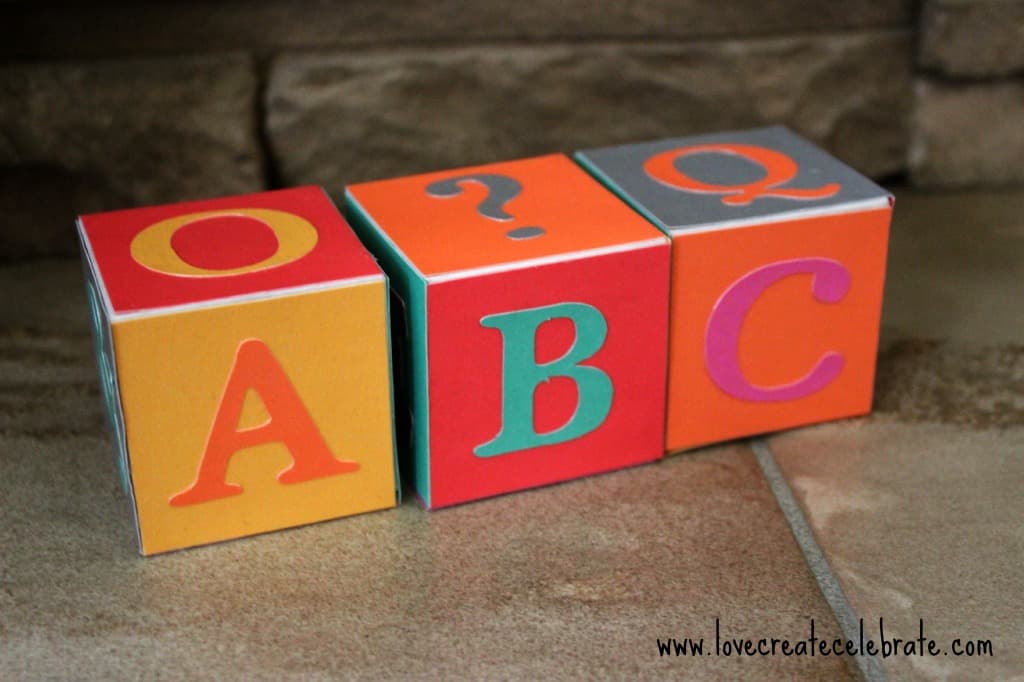 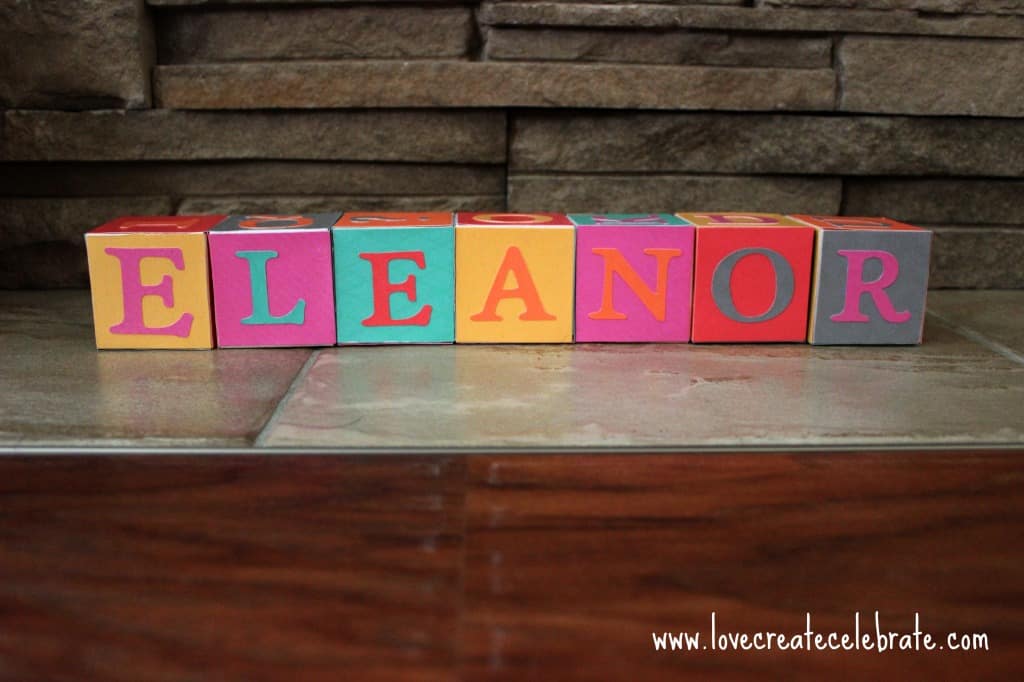 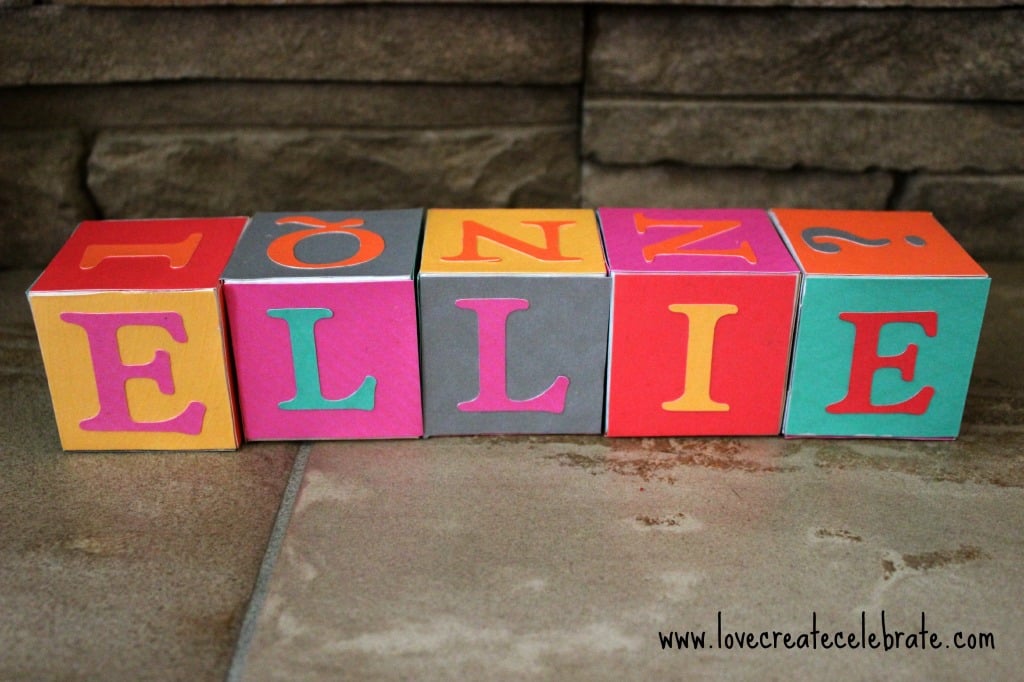 Hope you like them!
I’m all ready to teach this girl a few things!! 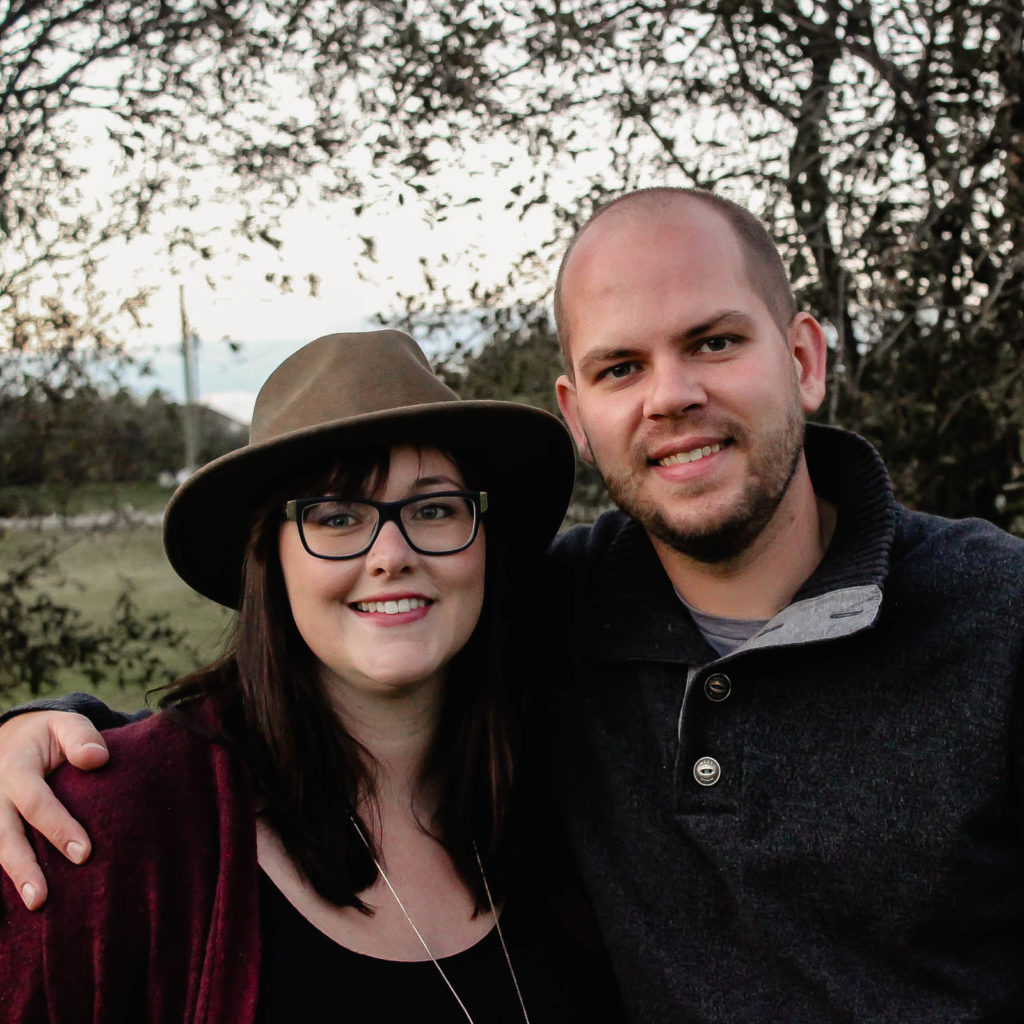 Hi! We're Lindi and Russel! We our renovating our outdated house one room at a time and making it into a modern home we love. Grab a cup of coffee and stay a while!